Feeling lost in your empty nest? Learn More
You are here: Home / Travel / Nurnberg Fanfare
Bear with me as I’ve been trying to get all the European trips documented for posterity.  But maybe I am looking to escape the 80 degree South for some true Christmas chill of Europe, if only in my dreams.
Last year we tried to take in a couple Christmas markets in one trip, so we ventured over to Nurnberg and also visited Bruges.  You’ll remember that Nurnberg was the setting of the infamous Nurnberg Trials after World War II. Its majestic castle sits atop the village overlooking the city wares.
I walked around this famous market (listed as one of the top 5 in Europe) literally with tears streaming as I knew this would be our last.  Christmas is Europe is not about the ‘stuff’……..but instead the ‘magic’. All events are out of doors and being cold is just part of it all. Gluhwein and hot cocoa and hot waffles and crepes are a given. And in Nurnberg the hometown fare is of course……..Nurnberger bratwurst sausages……my mouth is watering. 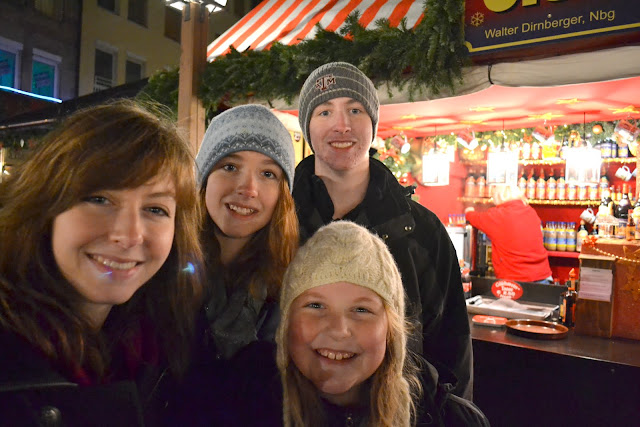 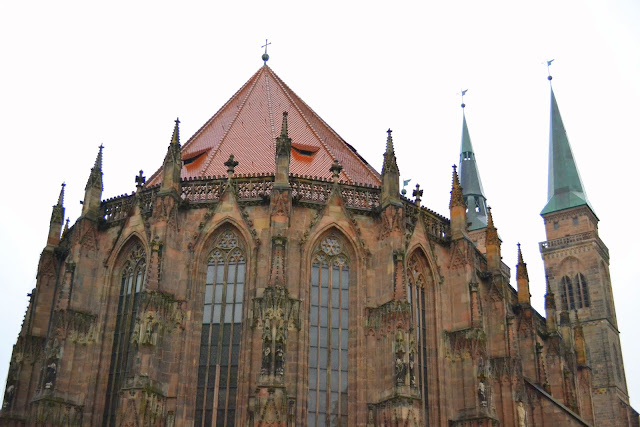 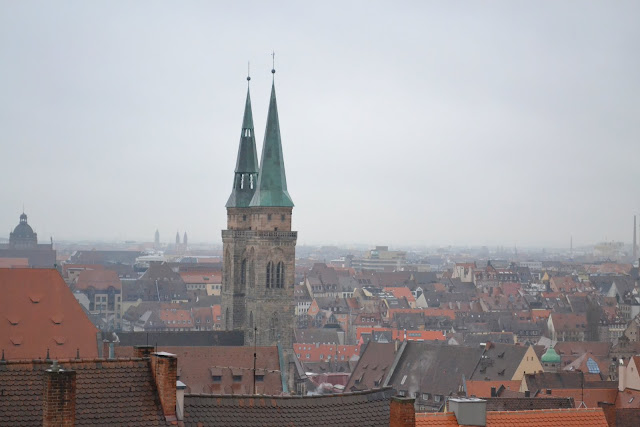 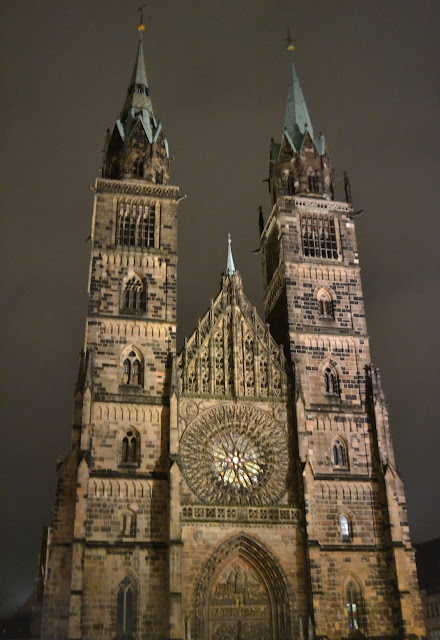 Perhaps one of my most treasured Christmas memories was made right here. A carriage ride was offered in this shiny coach for 5 Euros, a pittance. I saw the sign and my heart fluttered. Straight out of Cinderella, this wonderfully preserved carriage was beautiful, with room for six. What girl wouldn’t want to be a princess for a moment or two? Hmmmm……I could think of three such girls……and a mama girl…… 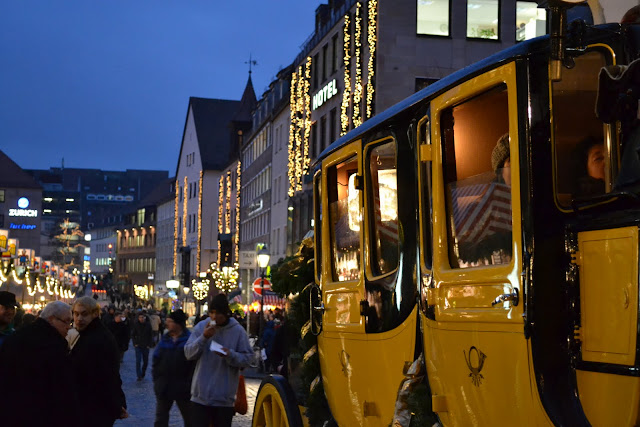 So we hopped in with smiles all around. 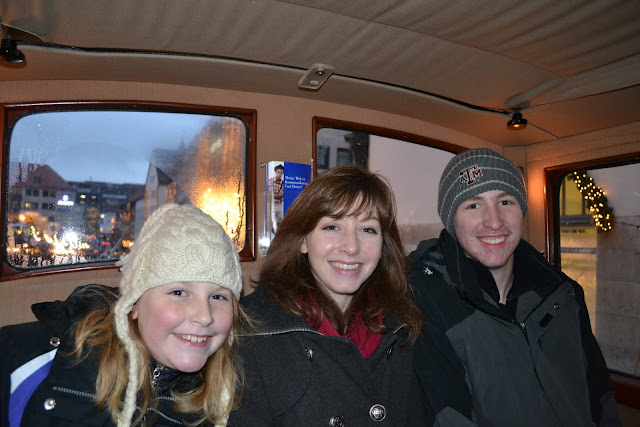 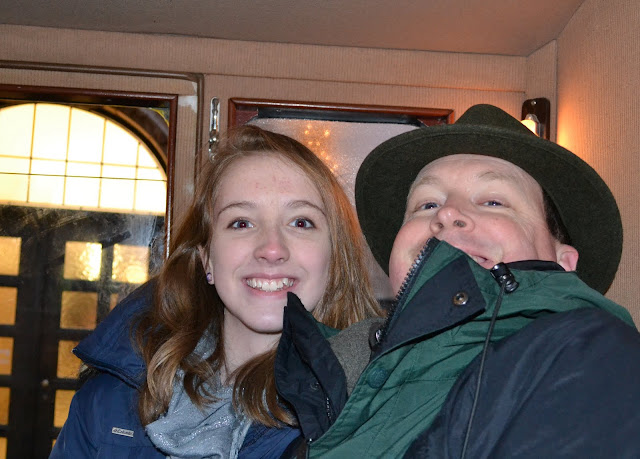 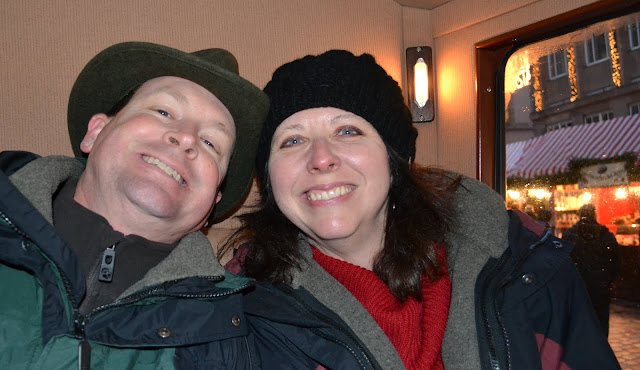 These proud equine gentlemen pulled us through town. The coachmen up front were the stars themselves. Whenever we turned a corner onto a new street, a fanfare would ring from one of their horns, announcing our arrival.  We COULD NOT resist rolling down the windows and waving. The crowds waved back.  Royalty we were.

Don’t we all as parents strive to ‘make the magic’ at Christmas?

Such a silly, unforgettable moment…………my eyes mist even now. 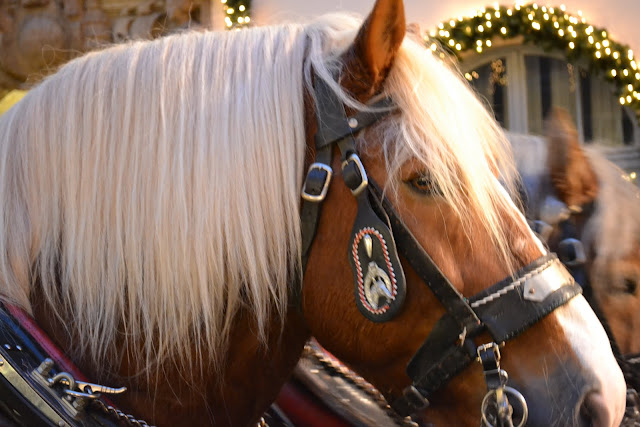 Perhaps the OTHER very BEST part of Christmas markets are the culinary delights.

Can I just say here that across Germany, the use of sugar is generally about HALF of what is used in America for any dessert.  HALF!  Maybe less than that.  Less sweetness helps all the other flavors to come through.  These warm waffles are heavenly!  Just sweet enough to make us crave more. 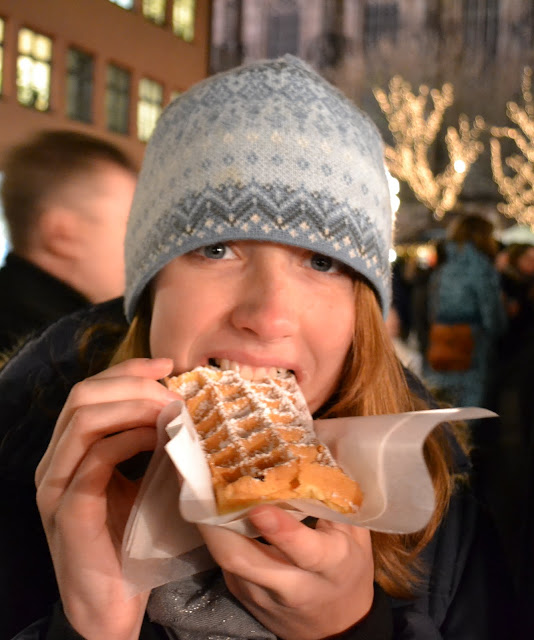 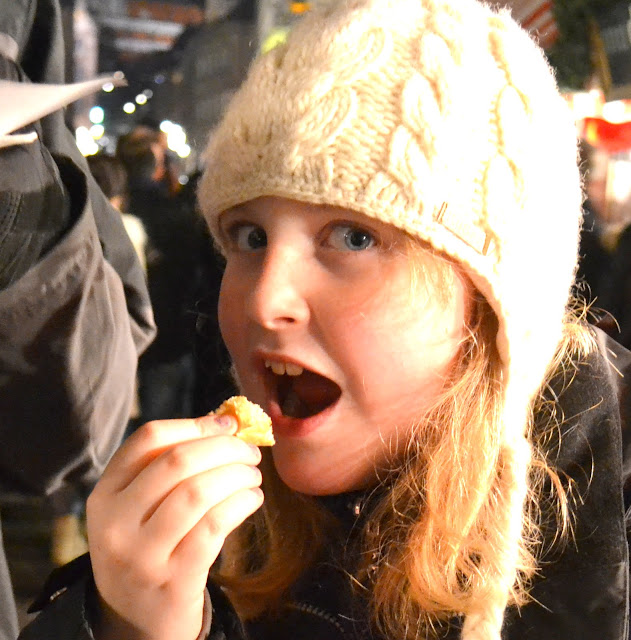 Last but not least, a stand for Nurnberg’s namesake…..brats!!!
The absolute best brats in the land!!
Going now to check on some miracle air fares before the season is over…….
Maybe?
<sigh> 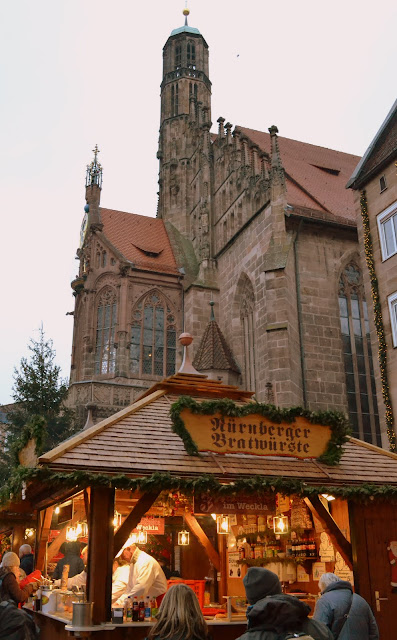 McCall, ID—how have I never heard of this gem be

Peonies are busting out all over!! Do you have a f

Do you know how happy this makes me? #utahspring #